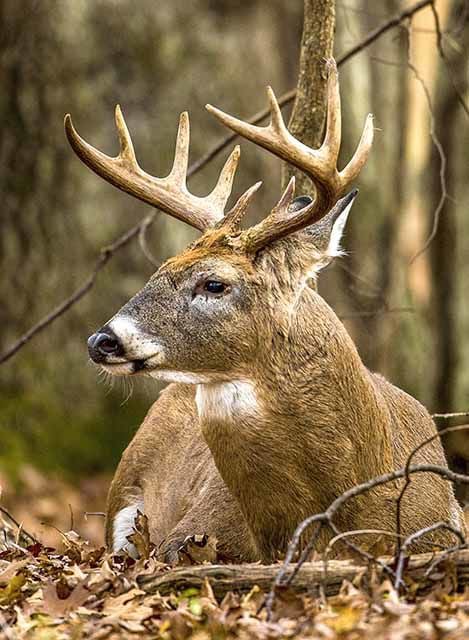 Chronic wasting disease, a fatal neurological affliction caused by a deformed prion, can easily be transmitted through deer saliva. Abstaining from feeding deer is a step everyone can take to minimize the spread of CWD. 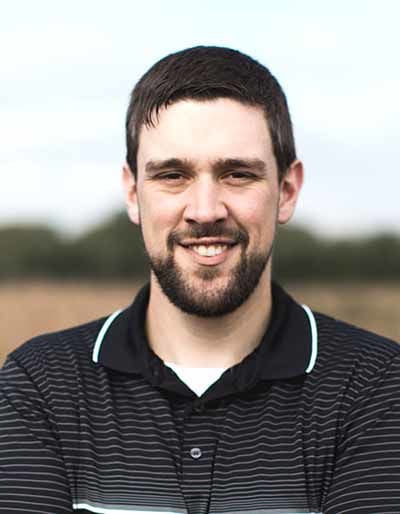 Chronic wasting disease, a fatal neurological affliction caused by a deformed prion, can easily be transmitted through deer saliva. Abstaining from feeding deer is a step everyone can take to minimize the spread of CWD.

With a recent confirmed positive in Crow Wing county, the importance of the deer feeding ban is reaffirmed

The positive deer, a deceased female, was found by a private party and reported to the DNR.

Crow Wing County is part of a CWD monitoring area. Since the 2017 deer hunting season, the DNR has tested more than 8,600 deer within the monitoring area, and this recent case is the first that tested positive for CWD.

The monitoring began due to a captive deer facility near Merrifield having tested positive for the disease in 2016. The CWD positive deer was found less than a mile from the private deer facility, near Upper Mission Lake.

CWD: What is known

The prevailing scientific consensus is that CWD is a form of transmissible spongiform encephalopathy, a classification of disease that includes bovine spongiform encephalopathy (commonly known as mad cow disease), scrapie in sheep and Creutzfeldt–Jakob disease in humans. TSEs are thought to be caused by misfolded proteins, known as prions, which damage existing proteins in the brain and nervous system, resulting in damage to the brain and eventually the death of the infected animal.

First observed in a captive mule deer in 1967, CWD wasn’t confirmed in the wild until 1981 when both elk and mule deer tested positive in Colorado, where the original case occurred, and neighboring Wyoming.

Because CWD is a relatively new disease with regards to it being identified and studied and because thus far it has proven to defy many common traits of other infectious diseases, such as a prominent immune system response, there is still much that is unknown, something many experts in the scientific field will freely admit.

Ryan Rothstein, a Farm Bill Biologist and technician at the Stearns County Soil and Water Conservation District, said the potential ramifications of the disease are significant. “This could be the most serious wildlife issue that we face, at least in my lifetime,” Rothstein said.

One of the things that worries Rothstein the most about CWD is its persistence in the environment and ability to withstand most conventional eradication efforts.

The infective prions are found in body fluids and tissue of infected animals. Urine, feces and saliva are all carriers for the disease, as are carcasses of deceased animals, meaning that predators that consume a deer with CWD can spread the prions in their feces as well.

Once deposited in the landscape, the prions easily bond to soil particles, and because prions are not living organisms (unlike bacteria or viruses), they have proven resistant to traditional control methods including UV treatment, boiling and extreme cold. Frequently, they remain viable in the environment for many years. Studies have suggested that prions can remain in an infective state anywhere from two to 16 years, even when exposed to the elements.

But even more startling than their resilience is the fact that a recent study by the National Wildlife Health Center in Madison found that the prions can be up-taken by plants, including corn, alfalfa and tomatoes, and be potentially transmitted through the consumption of those plants.

In laboratory testing, the stems and leaves of infected plants caused infection with CWD when injected into mice.

Because environmental contamination can easily occur and often persists for a substantial amount of time, prevention and containment are currently the best tools available to slow the spread of the disease, Rothstein said.

In addition to the monitoring that began in 2017, the DNR also instituted a deer feeding ban throughout central Minnesota which includes Aitkin, Crow Wing and Morrison counties as well as parts of Mille Lacs and Cass counties.

The deer feeding ban, which includes but is not limited to grain, mineral licks, hay and apples, was put in place to minimize locations where deer congregate and potentially spread bodily fluids.

The logic behind the ban, Rothstein suggested, is very sound, and he urges people to refrain from feeding deer as part of the effort to slow the spread of CWD.

Rothstein, who grew up hunting deer and still enjoys it to this day, explained how feeding deer can raise the risk of transmission of the fatal disease.

“Deer are very social critters,” Rothstein said, “and the most common mode of transmission is through saliva, but also urine and feces.” Deer congregate around a feeder and bodily fluids can easily be passed between animals or left as residue on the feed or mineral lick. All it takes is one infected animal to potentially transmit the prion to dozens of other animals through the act of eating a pile of grain. And because CWD deteriorates an infected animal slowly, it has likely been infected for a while by the time that animal is confirmed to have the disease. “If you see an animal that is sick [with CWD], it’s already had the disease for over a year, and it’s been shedding those prions in the environment that whole time,” Rothstein said.

The spread of CWD in the United States and Canada has been dramatic since the turn of the century. Until 2000, only Colorado and Wyoming had CWD present in wild cervid populations. By 2012, it had spread to 15 states and two Canadian provinces. Currently, CWD spans 24 states, two provinces and parts of Norway and Finland.

Less than four decades after Wyoming’s first case, CWD’s effects are widespread and devastating in the state.

Rothstein quoted a recent study that took place in Wyoming where researchers found that 20 percent of the wild mule deer population now had CWD. Over the five-year study period, their population declined by 21 percent annually.

Similar studies have been conducted in Colorado and Wisconsin as well, Rothstein said, and all studies are showing similar trends in the relation between infected population and mortality.

“As CWD continues to spread, we are going to have to make some hard decisions,” Rothstein said. “This is a serious problem, and it’s not going away anytime soon. I want my kids to be able to grow up and deer hunt someday.” Rothstein also worries about the economic impact on rural communities if CWD continues to spread throughout the state. “A lot of small towns need that ‘orange’ activity that comes around every November,” Rothstein said. CWD could wreak havoc on hunting recreation if it becomes widespread.

In Wisconsin, which had its first case of CWD in wild deer in 2002, infection rates have increased dramatically.

Thirty-five percent of the bucks in Wisconsin’s western monitoring area near Madison are now infected with CWD, painting a bleak picture for whitetail on the east side of the Mississippi River.

“The (Minnesota) DNR is trying to prevent what has happened in Wisconsin,” Rothstein continued, “we’ve really got to support their efforts.”

In addition to the actions of the DNR, Rothstein said that minimizing the spread of CWD will take an effort on everyone’s part, even if it just means refraining from feeding deer.

Rothstein said that one of the contributing reasons why CWD has shown up in random places across the country, rather than spreading in a linear fashion, is because live deer and carcasses are often transported long distances, carrying with them the highly resistant prions.

Last month, the DNR released a new draft plan for addressing CWD in Minnesota and is currently seeking public input on its implementation through Monday, April 8. All Minnesota residents are encouraged to provide their input, which can be done through an online survey at www.surveymonkey.com/r/CWDPLANINPUT.

Also in March, four CWD bills that would have impact on captive cervid farms (both deer and elk) were discussed during a House Agriculture and Food Finance and Policy Committee hearing.

Of the four bills, three would put a moratorium on new cervid farms and also require double fencing, aimed to keep wild and captive deer from touching one another through a fence line.

Rothstein suggested that people should actively educate themselves on CWD because our reaction now, with the disease in its early stage in Minnesota, will affect the deer population and outdoor recreation for decades to come.