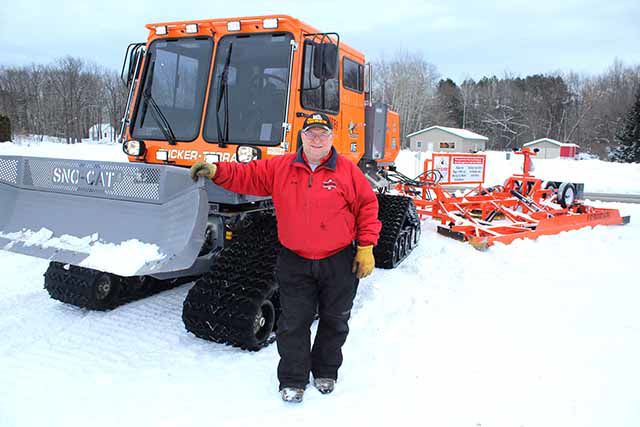 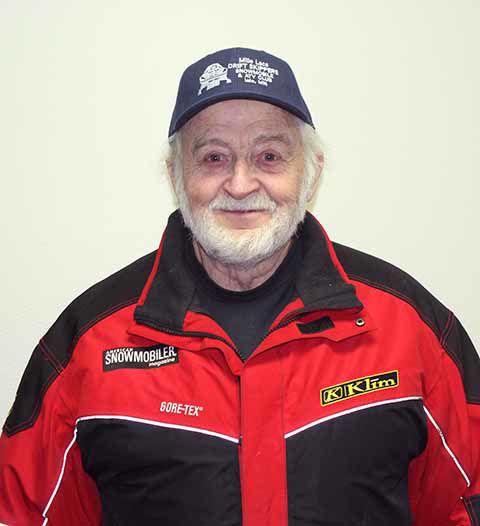 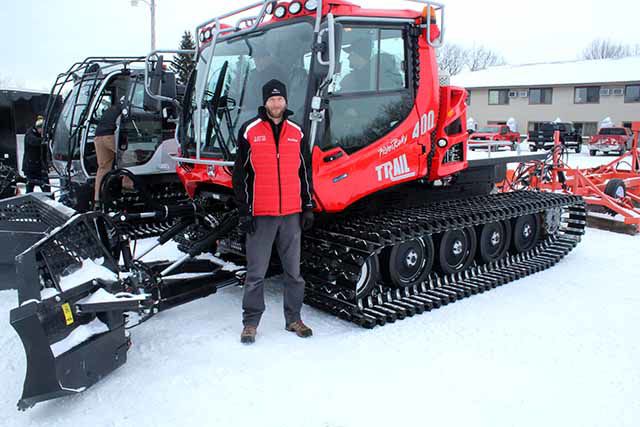 Driving past McQuoid’s Inn on Friday and Saturday, Jan. 17-18, the sight was hard to miss–the large rectangular, mechanical silhouettes of trail groomers adorning the resort’s parking lot. The weekend once again saw the resort hosting Minnesota’s Great Groomer Show. Event organizer Paul Scanlon, who is also a regional sales/operations manager with Pisten Bully, spoke to the history and importance of this local event.

Scanlon explained that this is the eighth year the groomer show has been held through McQuoid’s Inn. “We’ve been doing it at the same time every year,” he said, “... usually the coldest weekend in January is how it works out.” This year had worked particularly nice, he added, as there was good snow cover in the area.

As the name suggests, the show is focused on snowmobile trail grooming. The show features manufacturers of groomers and the drags they pull. “Everyone brings their newest, latest and greatest equipment,” Scanlon said, “trying to highlight what’s new, make a few sales and get people interested in improving their trails.”

Another important aspect of the event was networking. “A lot of people come to network with other club members,” Scanlon said, “to try to see what people are doing differently and what’s working for another club.” He estimated attendance averaged about 75 individuals per day with representatives from clubs across the state. As Isle is centrally located, Scanlon noted that McQuoid’s Inn was in a good position to facilitate this statewide turnout, and the resort is always good to work with.

Scanlon noted the event was being run in the same manner as years past, an open house with people coming and going throughout the day. While some shows have had workshops or guest speakers, the 2020 show did not. “We offer a free lunch for all the attendees,” Scanlon said. “It’s a free show; the vendors support it. People can come out, chat with other clubs, try to learn about grooming trails, and meet the neighbors.”

Les Pinz, with the Mille Lacs Drift Skippers, spoke on the event. “[The Drift Skippers] help promote it and put it on,” he said. The club’s shop, located along Isle’s 4th Ave. S., provided a space for the other clubs and manufacturers to bring and clean their equipment for the show. Pinz also noted that the Drift Skippers used some of the equipment on display to do their own 110 miles of trails.

“These guys come in,” Pinz said, “... and they’re displaying their groomers and their drags and everything else to make better trails for everybody in the snowmobile industry.” He emphasized an important aspect of the event was providing opportunity for clubs to get hands-on experience demoing the assorted equipment. “That’s mainly why these clubs are here,” he said, “to get a look at the products that work for them.”

As both Pinz and Scanlon noted, the conference provides opportunity for Minnesota’s snowmobile organizations to improve their snowmobiling resources. With its prevalent winter snowfall, Mille Lacs has no shortage of snowmobiling opportunities, and events like the Minnesota’s Great Groomer show help optimize that opportunity. “That’s what it’s all about,” Pinz said, “to make Minnesota a fun land.”