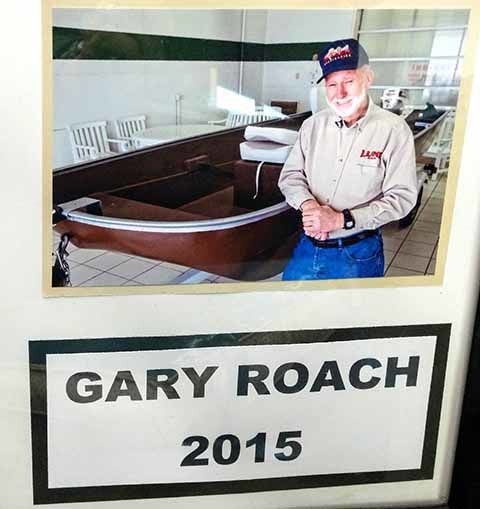 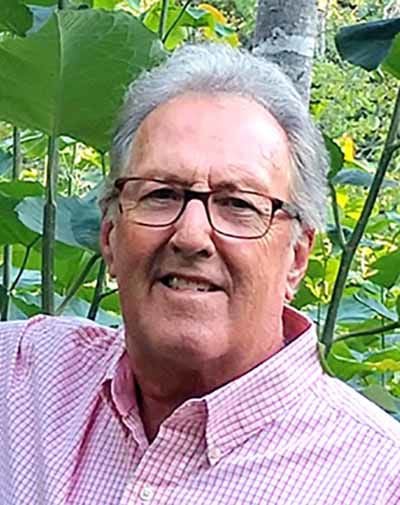 Gary bought his first real fishing boat in 1970, a Shell Lake 315 Lund Tri Hull Fiberglass boat that was manufactured in Shell Lake, Wisconsin. Fellow Nisswa Guides called the boat the “Teddy Roosevelt” because it was such a rough rider!

But in 1970, it was one of the best fishing boats built. Gary purchased the boat brand new for $300, a Totem trailer for $150 and an 18 horse Johnson motor, and he had his first real guide boat. Gary had a good friend who worked with fiberglass install what Gary believes was the first live well in a fishing boat.

Over the years, the boat was sold and eventually neglected. It managed to find its way back to Gary, and in 2013, Gary donated the boat to the Minnesota Fishing Museum and Hall of Fame. It was in rough shape, but Gary and the museum had a goal of restoring the boat back to its original condition. With the help of Gary and fellow Hall of Fame angler JR Cooper, the Lund Boat company and Mills Bodyworks, and Mills Auto Extreme of Baxter, Minnesota, funds were raised and donations were made to restore the boat back to its original condition. The 18 Horse Johnson motor on the boat today was donated by Woody Quiram, Woody’s Antique Outboard Motors of Dent, Minnesota, and the main restoration work was done by Bruce Reischl, Bruce’s Outboard Motors of Sauk Rapids and Bruce Pederson, Minnesota Outboard Sales of Rice, Minnesota. Restoration was also done by Mills Bodyworks.

The Lund Boat Company still produced the 315 Shell Lake Deluxe Model until the late 1970s when a revolution in fishing boat design made the model obsolete. Hall of Famers Marv Koep and Royal Karels also at one time owned the 315 Shell Lake boat. Stories have it that another well known Hall of Fame angler, the late Ted Capra, was fishing out of a Shell Lake Lund when he capsized on Leech Lake and would have drowned except for the help of a floating gas can.

Roach’s boat was restored in 2015 and is on display at the Minnesota Fishing Museum and Hall of Fame. To look at this little boat today, it is hard to imagine that at one time it was considered one of the best guide boat and tournament boats on the market. The exhibit is one that every visitor to the Fishing Museum needs to check out. It’s really like looking at the Model T of the fishing industry. Check out the Minnesota Fishing Museum and Hall of Fame website for details about when the museum is open.