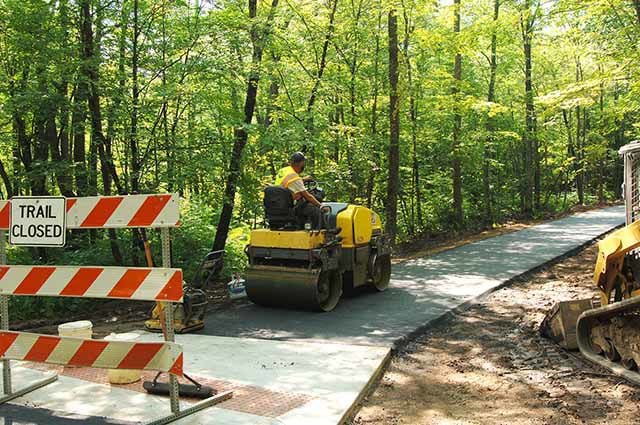 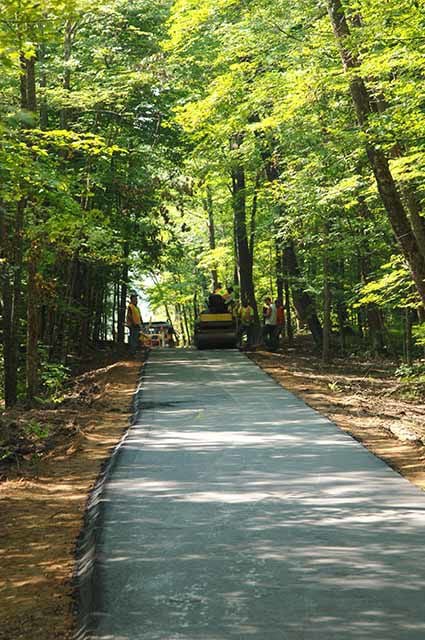 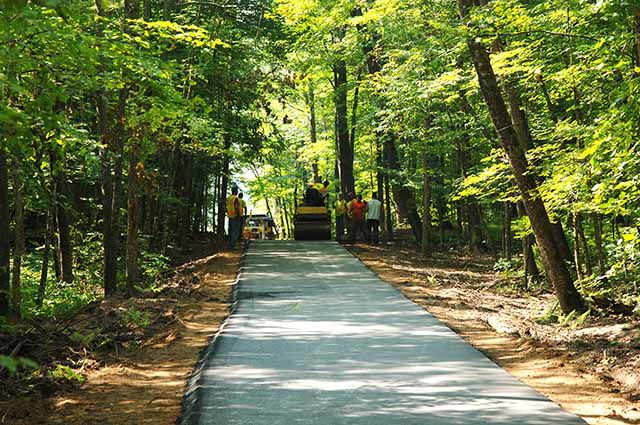 Friends of Father Hennepin is a non-profit group nearly 20 members strong. Mille Lacs County Commissioner and member of the Friends group Dave Oslin said the idea was rooted as a safety issue for bicycles and foot traffic, but they group also recognized the value a paved trail could bring to the state park and to the city of Isle. It is also possible to use that trail as an emergency exit, should some catastrophic event occur in the park, Oslin said.

The first leg of paved trail linking the Soo Line to Father Hennepin was complete in 2014. The pavement ended at the park border but the trail continues on at that point, however, it was narrow and grass covered with uneven terrain. The average street bicycle could not easily traverse it. Much of the Soo Line Trail is accessible to ATV and snowmobile traffic. There are several portions along the route that are accessible for non-motorized use only. Father Hennepin will remain non-motorized.

The infant stages of the project began with members of the Isle Township Board of Directors many years ago, Oslin said. “They did a lot of leg-work and were able to secure a grant with matching funds,” Oslin said. According to Messenger archives, Isle Harbor Township contributed nearly $27,000 to the project. In addition to the township contribution funding for the trail/link was made possible through a series of grants and state and county funding.

Part of the park’s popularity is due to the location and convenient access to the city of Isle. The completion of the link to the Soo Line will allow biking and all non-motorized activity, between Isle and Wahkon, just a few miles away. Oslin said the next project of the Soo Line Trail group will be to improve and increase the paving to connect all of the cities of Isle, Wahkon and Onamia.

The Soo Line trail includes approximately 11 miles one way from Isle to Onamia, according to the Department of Natural Resources website. “This link will be a great addition to the Soo Line,” Oslin said. “The completion of the Soo Line spur into Father Hennepin State Park will be an asset for the whole community.”

“This project was a joint effort from a lot of people,” Oslin continued. “None of it would have been possible without the support and hard work of the Minnesota DNR Parks and Trails, Minnesota DNR Management Resources, Isle Harbor Township Board, Father Hennepin State Park staff, the Soo Line Trail group and State Rep. Sondra Erickson. A special thank you should be made to Ross and Dawn Haybeck. Part of the trail is on their property.”

Blacktopping the trail was completed Aug. 8 and 9. Lines and graphics will be painted on the trail sometime the week of Aug. 13, “weather permitting,” Willow Sheilds, Park Ranger said. “After that, we will have a grand opening of the trails.” That date is yet to be determined.