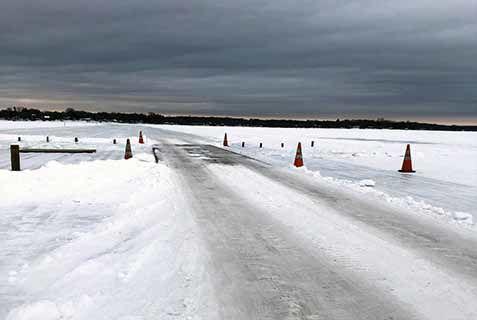 A noise, much louder than usual, and a tremor was felt on the ice and shores of Lake Mille Lacs over the weekend. 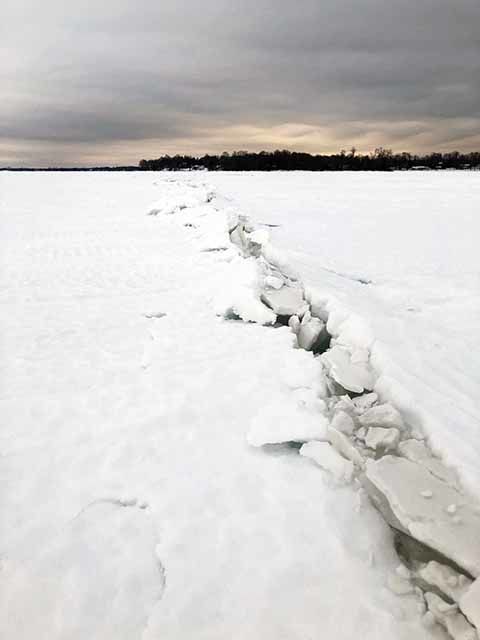 A noise, much louder than usual, and a tremor was felt on the ice and shores of Lake Mille Lacs over the weekend.

Anglers out on the ice on Saturday around 5:30 p.m. heard and felt what they described as the biggest crack they’ve experienced.

“Myself, my dad and a couple of his friends were fishing in our skid house,” said Connor Noeldner, an angler from Minnetonka. “We heard a cracking sound, and it started getting louder and louder until it shook the whole house and rattled stuff on the counter. We all kind of froze in shock until it passed us. Then we laughed it off. I’ve experienced cracks in the ice before, but this was probably the biggest I’ve felt.” Noeldner was fishing the southeast side around Big Point on Mille Lacs and has been fishing the lake for 24 years.

Another angler, Matthew Lusian, experienced the same phenomena. “We were about a mile west of Hennepin Island, and I was fishing with my 5-year-old son and 60-year-old dad. It was my son’s and dad’s first time out on Mille Lacs,” said Lusian. “It was very loud and shook the whole wheelhouse. I thought maybe my truck went through. My dad and son were a bit concerned also. I went out and checked for open cracks and to make sure the truck was on the right side of the ice. But everything looked good.”

Brittany Levinski, of Litchfield, was attending the Fishing for Ducks event and said she and her husband were jolted to the side from the movement of the ice when the ice pressure event happened. “The whole crowd reacted and gasped,” said Levinski. “It was significant.”

Kevin McQuoid, owner of Mac’s Twin Bay Resort which is located on the southeast side of Mille Lacs Lake, said it “was a pretty good shift,” producing a ridge that came off of Hawkbill Point.

He explained that the extreme shift in temperature, going from -30 degrees to 30 degrees, was the culprit. “Often the ice reacts. The bigger the temperature change, the more it will react. A lot of times if only takes a 30 degree swing for a crack, so to get a 50 degree swing, it’s a big deal,” said McQuoid.

He further explained that with temperature changes, the ice will either expand or contract. He did note that most of these ridges happen on the west side, the east side typically only getting them once every four or five years. “But the ridge wasn’t a giant one compared to what it could be,” he added.

He said he put a bridge over the ridge to make sure there aren’t any issues. “[Anglers have] nothing to worry about because the ice roads are about 30 to 40 inches thick,” said McQuoid.

“It makes people nervous but also makes for a cool adventure to be up here. And it’s nice for it to happen when we have a lot of ice,” added McQuoid. “It’s a cool piece to add to your fishing adventure. It’s our version of an earthquake in our frozen tundra.”