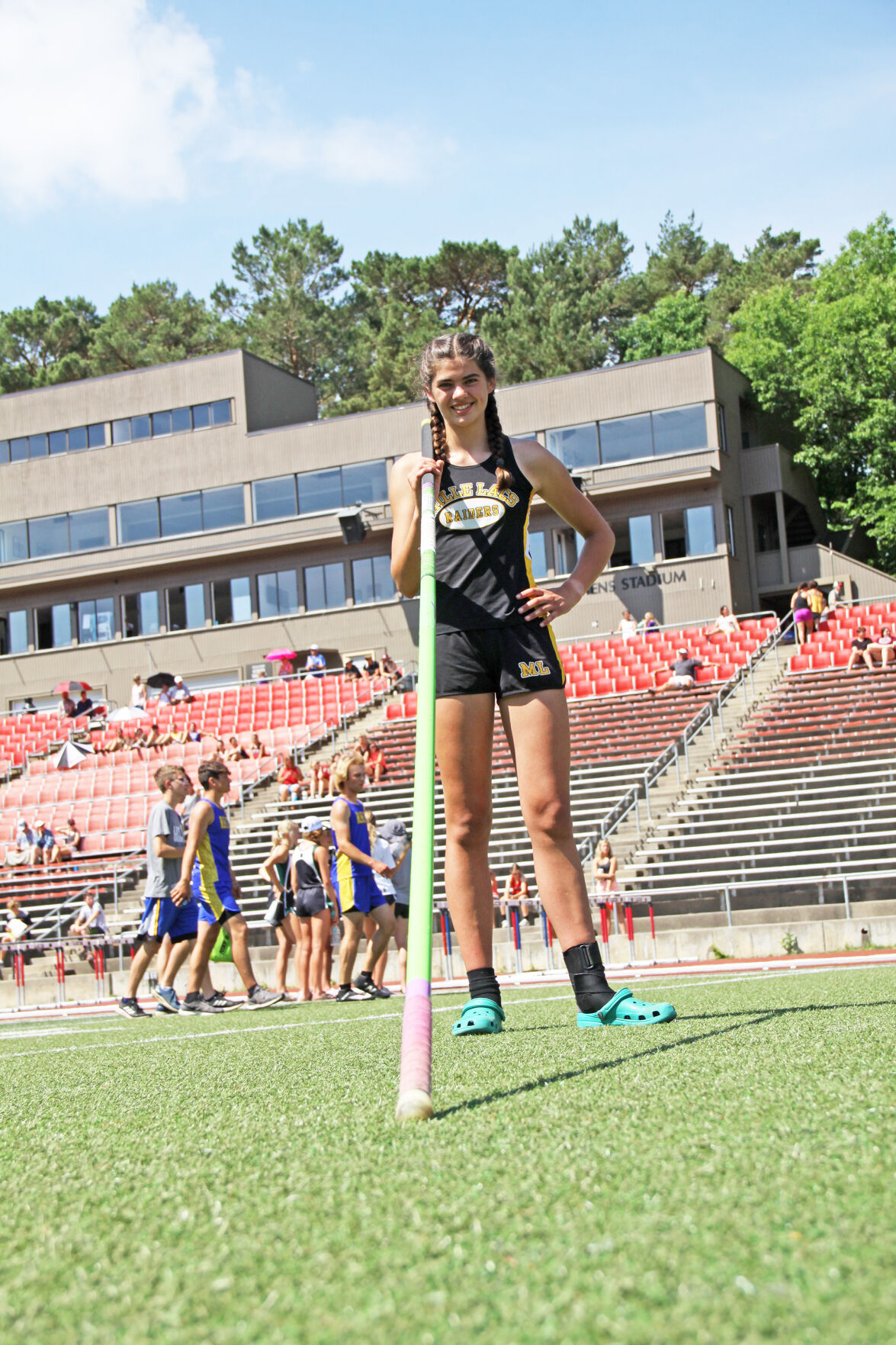 Onamia 10th-grader Svea Carlson set a new school record in the pole vault at the sub-section meet on June 1. Her jump of 9 feet was one inch higher than the previous record holder, Hannah Gross. 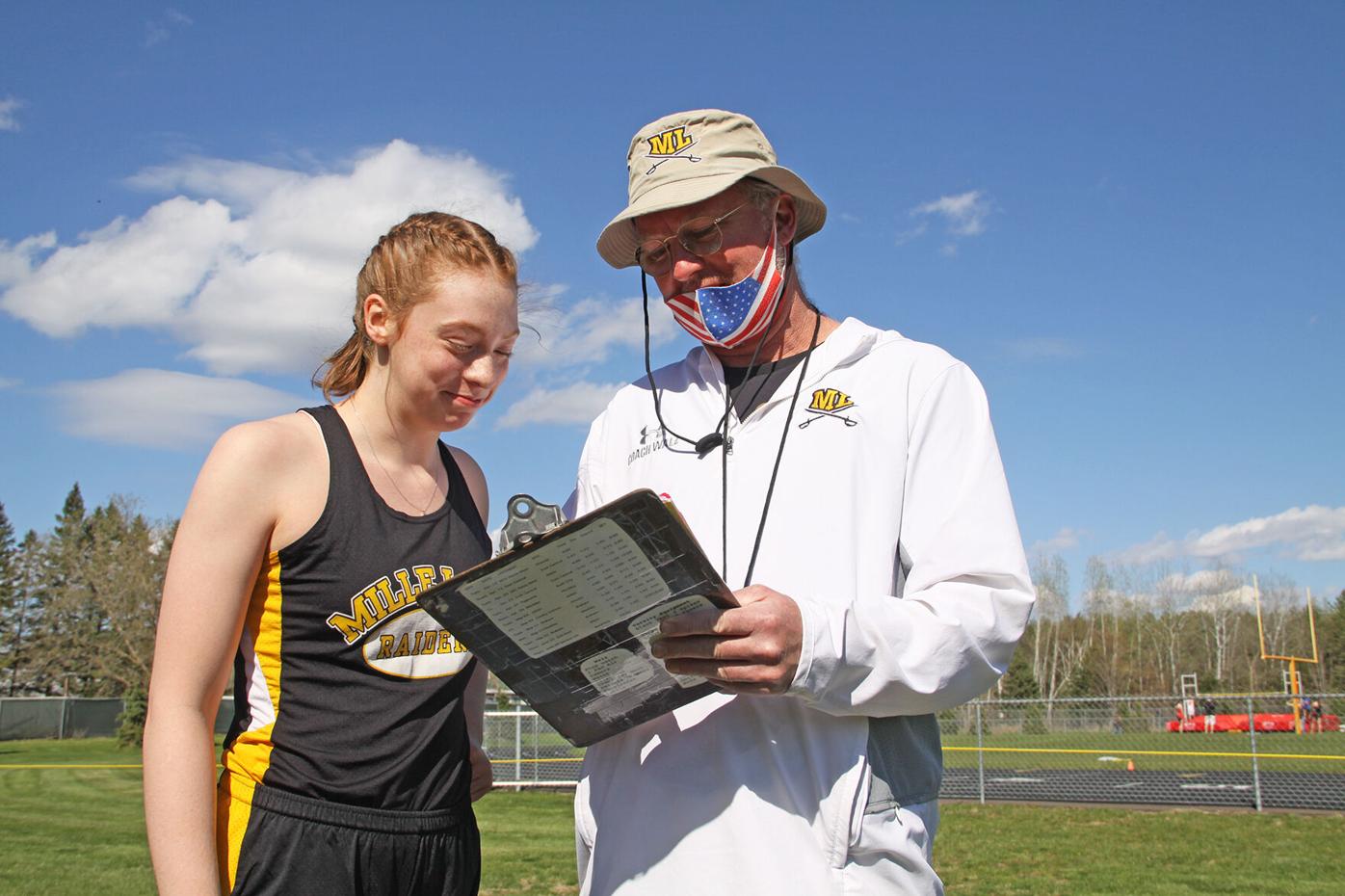 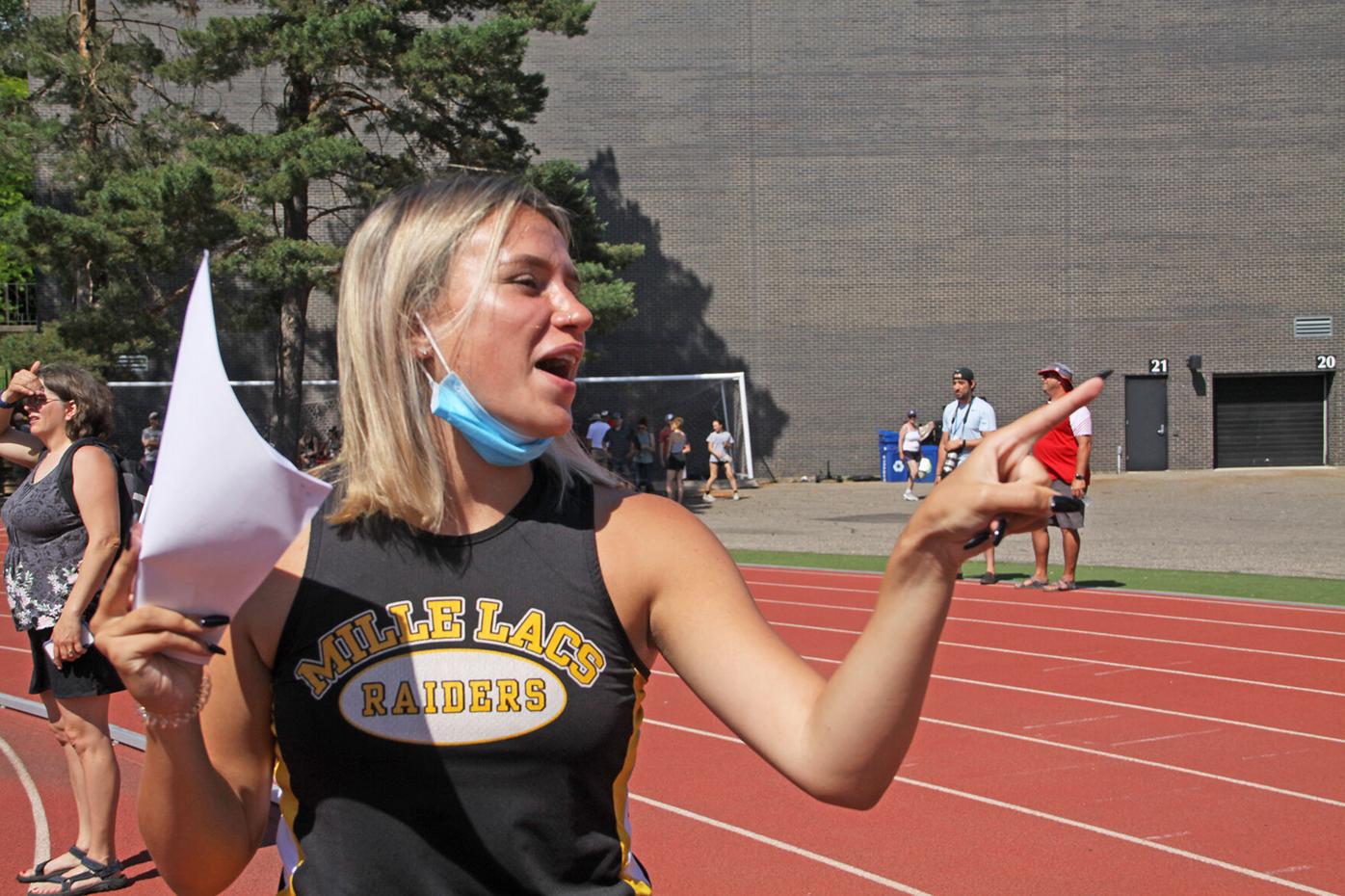 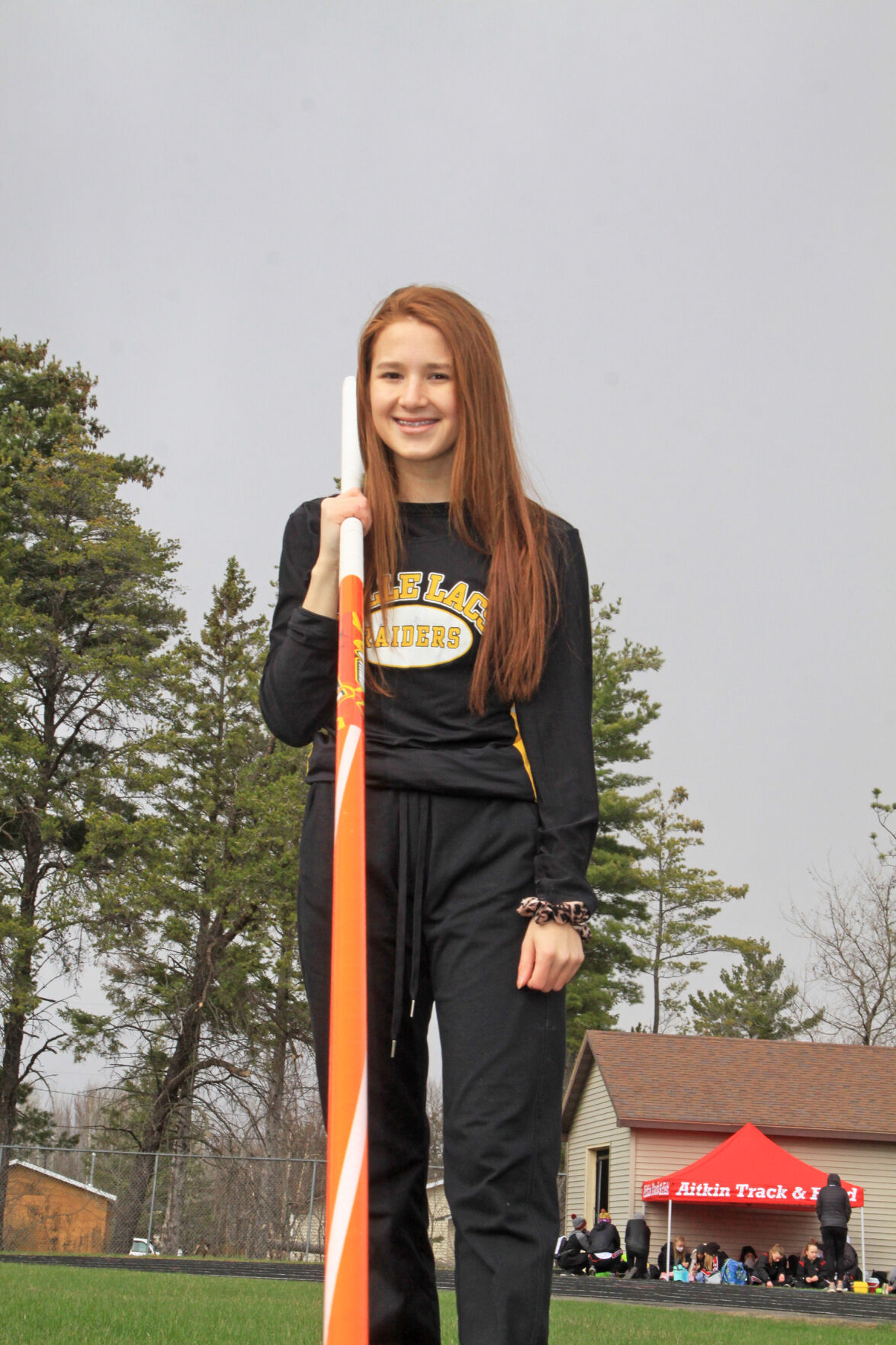 Onamia 10th-grader Svea Carlson set a new school record in the pole vault at the sub-section meet on June 1. Her jump of 9 feet was one inch higher than the previous record holder, Hannah Gross.

The Mille Lacs Raiders track team competed in the Sub-Section of Section 5A on June 1 at the Milaca High venue. Participating schools were trying to advance to the Section 5A Championships. To qualify for Sections, participants had to finish in the top four in individual events and finish in the top two in relays.

Onamia runner Molly Saboo was the first Raider to qualify for sections by finishing second in the 1600m run and followed that event with what Mille Lacs coach Jeff Walz said was a “gutsy race” where she finished in the top two.

Onamia sophomore, Svea Carlson punched her ticket to sections by setting a personal best of 4’11” in the high jump, which was good enough to advance.

In the triple-jump event, three Raiders battled each other and when the dust settled, Kailee Barnett and Aiyanna Mitchell both advanced to sections.

The final event where Mille Lacs had a chance to advance participants was the pole vault. “For Aiyanna (Mitchell) and Svea (Carlson) it was their last event of the meet, and I am sure they were tired from the day’s heat and events they had already entered,” said Walz.

Aiyanna tied for fourth place with a girl from Rush City, forcing a “jump-off” because just one could advance. “That jump-off was one of the most exciting things I have ever witnessed in my 32 years of coaching track,” said Walz. The Rush City girl cleared 7’9” forcing Mitchell to clear it or be out of the competition.  Mitchell found the strength to clear 7’9” and the bar was then raised to eight feet. Walz said, “the Rush City girl missed at 8’ giving Aiyanna a chance to advance if she cleared the bar. She had a beautiful runway and was able to get herself over he bar, allowing her to advance to sections.”

Svea (Carlson) continued to vault after the jump-off and cleared nine feet, setting a new school record — the old record being 8’11” held for years by Hannah Gross.

Temperatures hovered in the mid-90s all day and competitors struggled with the heat. “You needed to be well hydrated and smart about finding shade,” said Raider coach Jeff Walz.

Junior Molly Saboo and sophomore Svea Carlson finished in the top eight in their events.

Saboo placed sixth in the 1600m run, earning a medal for her efforts. “I was proud of Molly’s efforts,” said Walz. “I know she hates to run in the heat, but she was able to turn in an amazing race.”

Saboo placed one better in the 800m run. “Two athletes from the first heat ran well and I didn’t want them to beat Molly,” Walz said. Saboo finished fifth in her heat and less than  a second ahead of the two from the first heat. “She had a great kick at the end to secure her fifth-place finish,” Walz said. Saboo made it to the podium to receive medals in both her races, but did not qualify for the state meet.

As for Carlson: just a weeks after establishing a new school record of 9 feet in the pole vault, she vaulted 8’ 8” at sections to finish seventh, which earned two points for her team.

Aiyanna Mitchell of Onamia High competed well in her two events, finishing 15th in the triple jump, improving her position coming into the meet, and tied her personal best in the pole vault with a vault of 8’2”, which was 10th place among the 16 in the event.

Onamia’s Kailee Barnett set a personal best in the triple jump, which improved her position coming to the meet as well.

Carlson’s two points earned at sections vaulted her into a tie with Mitchell for the team MVP for 2021.

“They both were very deserving of being MVP this season, and as far as I am concerned it worked out perfectly,” said the Raider coach.