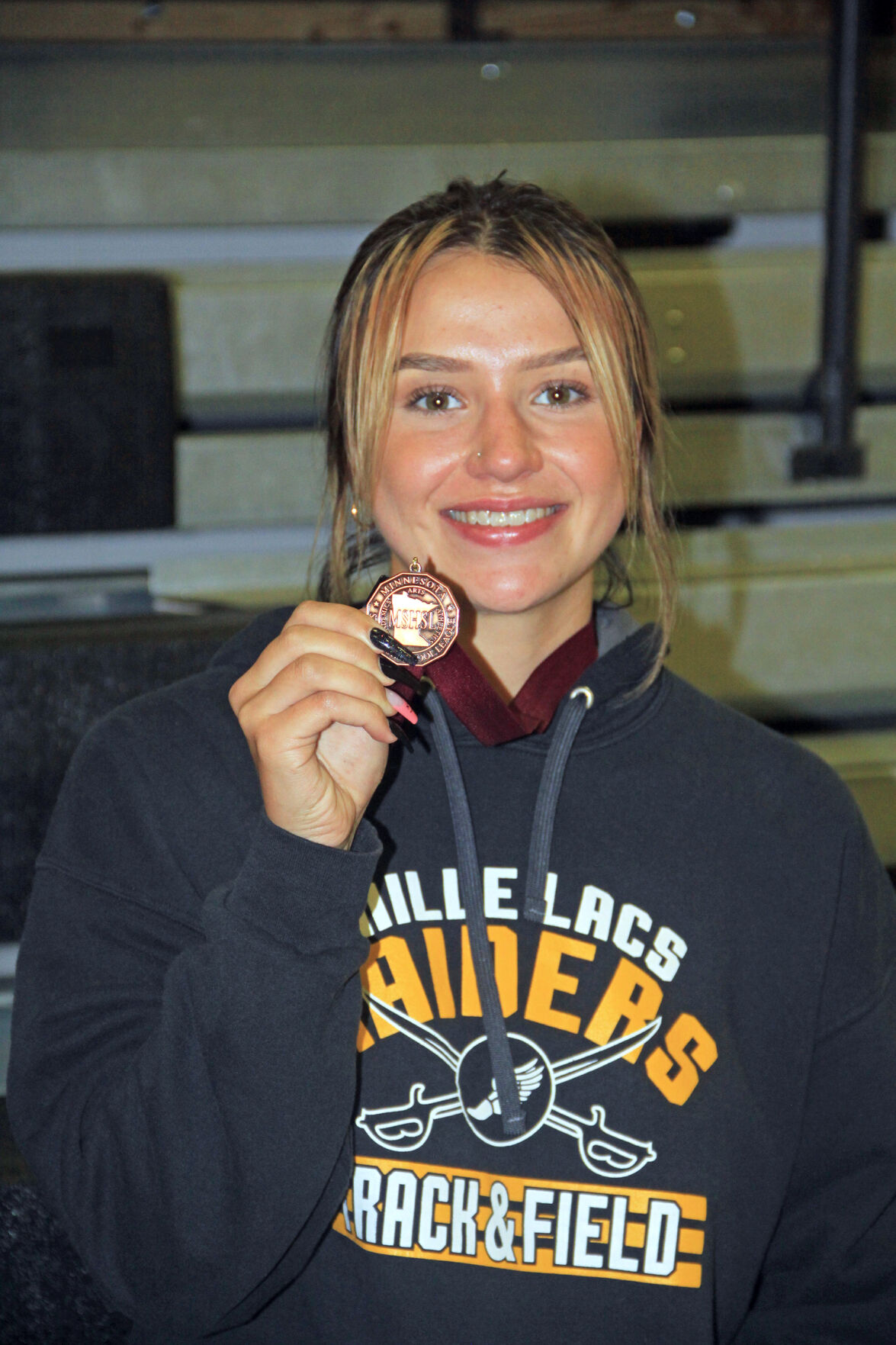 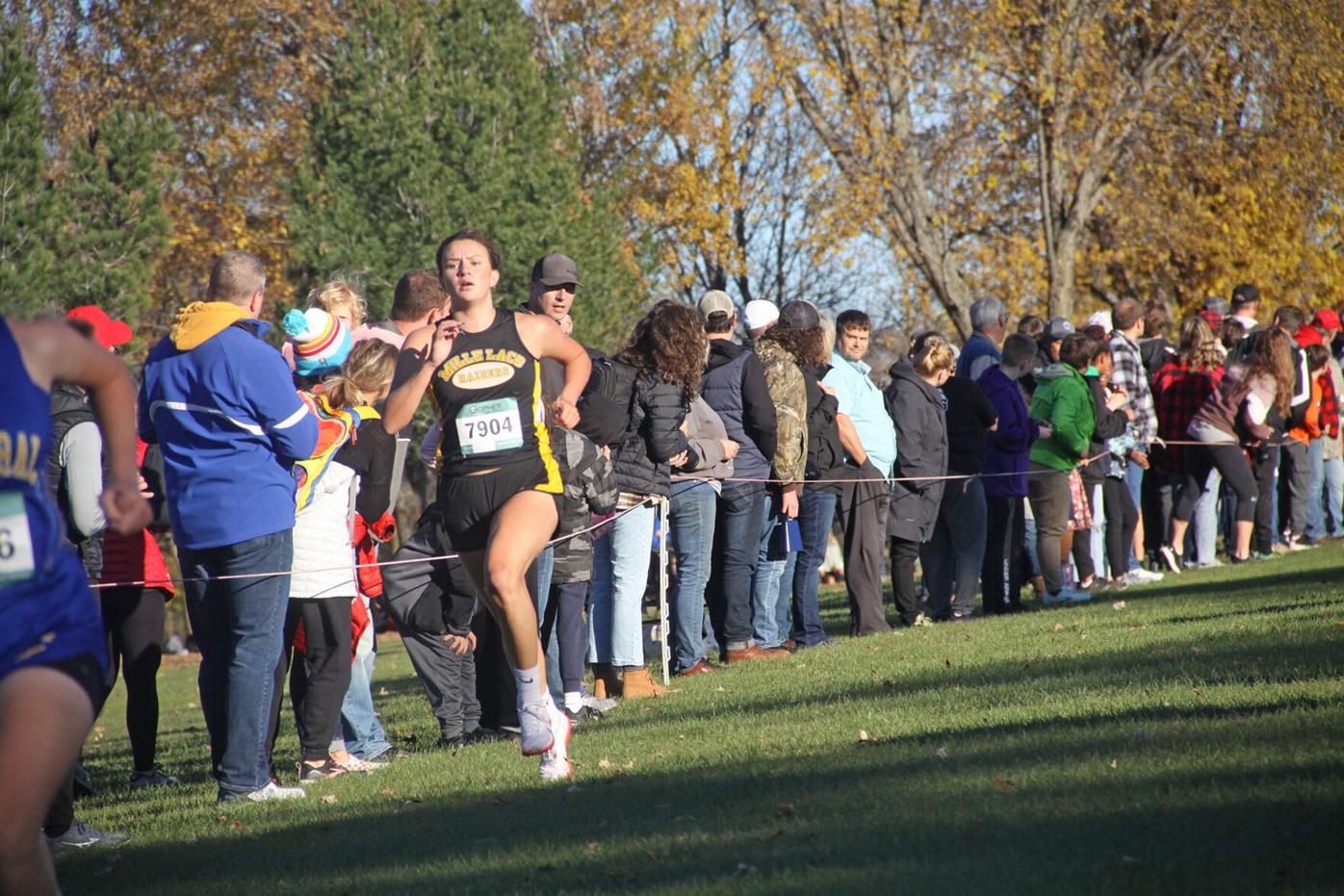 Onamia senior Molly Saboo sprinted to the finishing line at the Section 5A Cross-country meet last week. Her ninth-place finish overall among the 99 runners was good enough to earn her a birth in the state Class A Cross-country meet scheduled for Nov. 6 at Northfield, Minn. 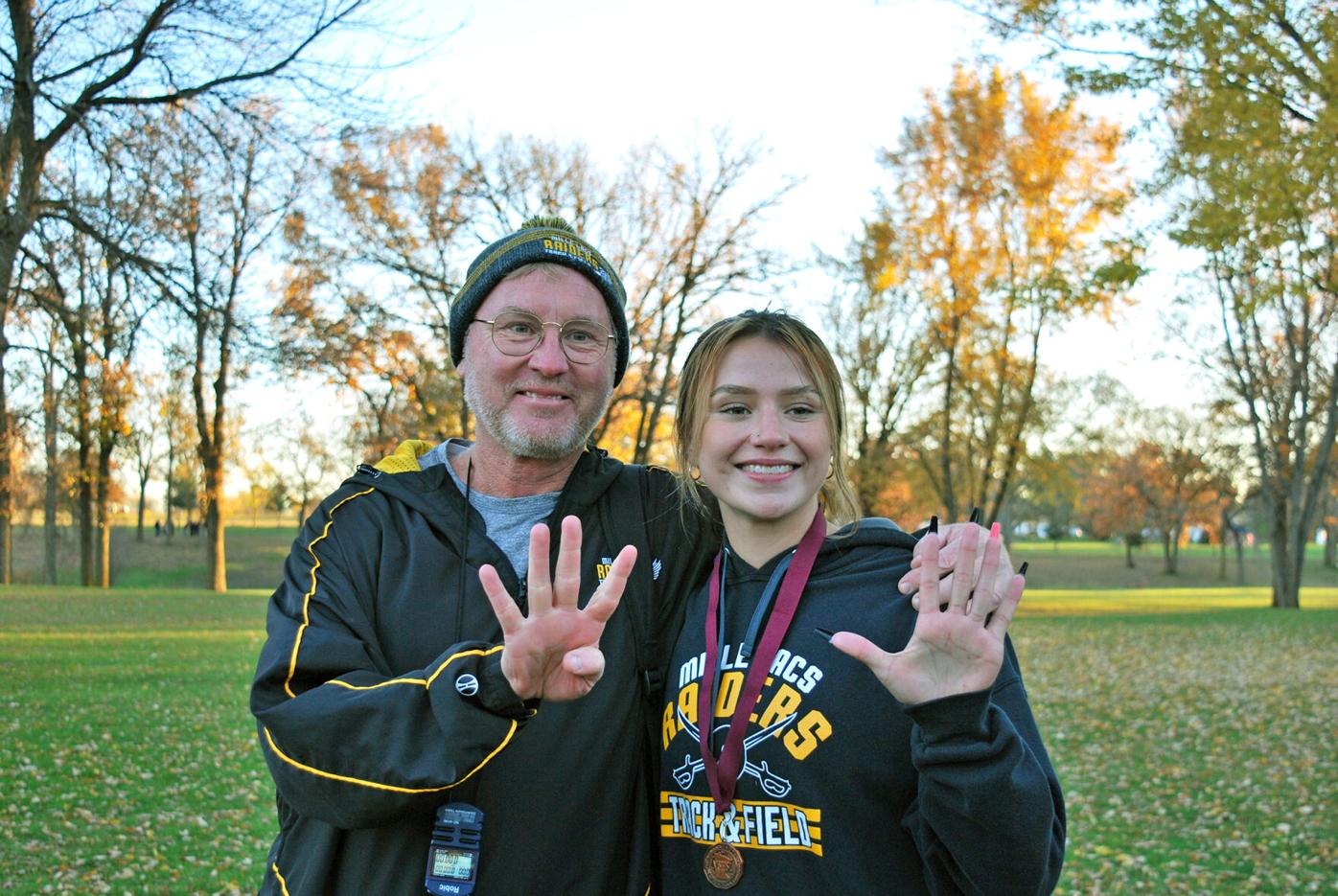 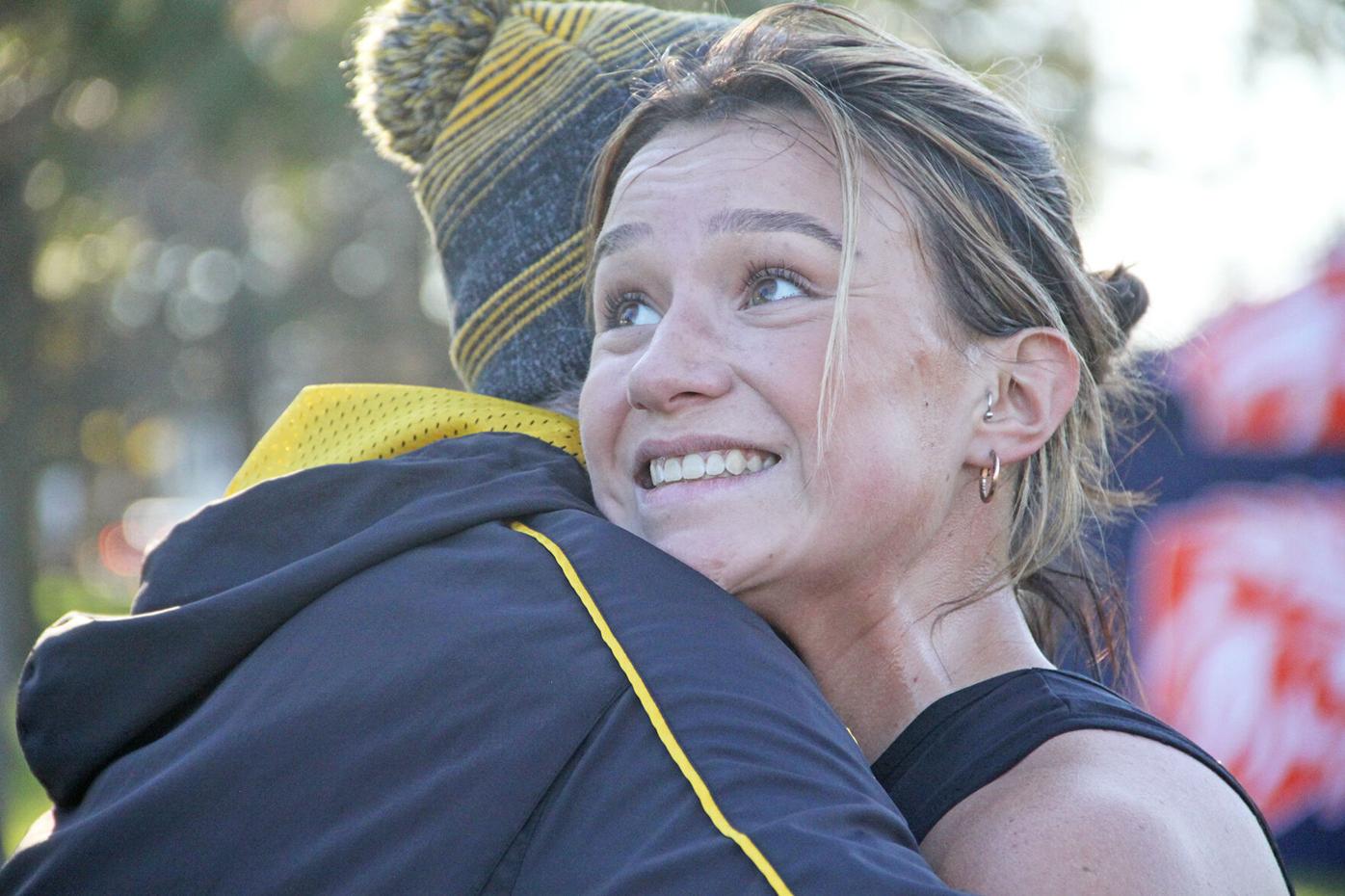 Onamia senior Molly Saboo sprinted to the finishing line at the Section 5A Cross-country meet last week. Her ninth-place finish overall among the 99 runners was good enough to earn her a birth in the state Class A Cross-country meet scheduled for Nov. 6 at Northfield, Minn.

Saboo, who had dominated the Great River Conference throughout the 2021 campaign, was plagued with an old hip injury during the GRC Championship race on Oct. 19, and settled for fourth place after leading most of the way. At that point, it was not certain that she would be healthy enough to compete in the section tourney.

Local Mille Lacs doctor, Patti Hook, who attended the GRC race when the injury flared up, kept in contact with Saboo during the ensuing week, and after help from  local professional physical therapist Dawn Osterman, it was determined that Saboo would have a good chance of competing at sections.

Mille Lacs coach Jeff Walz said prior to the section race that he, along with Molly and her mom Nancy, were all hopeful after the conversation with those involved in her week of therapy that she would be able to run.

And run she did.

Last Friday afternoon, Saboo took off with the field of 99 of the best runners in Section 5A and by mid-race she found herself near the top ten.

Gutting it out until the end where she crossed he finishing line in 9th-place, the strong, determined athlete hit the ground in fatigue but was soon standing, enjoying the moment as she realized she may have met her goal of qualifying for the state cross-country tournament.

The top two teams, along with the next six top runners not on those teams, would qualify for state, so Walz, his star runner and those from Mille Lacs who came to cheer for Saboo, had to wait an hour before the final results were announced.

St. Cloud Cathedral, followed by Howard Lake/Waverly, finished 1-2 as a team, and Ms. Saboo was fourth among the top six individuals to earn a berth in the state tourney scheduled for Nov. 6 at Northfield, Mn.

With tears of joy, Saboo had this to say after the race, “I will never forget the kindness and help they (the medical staff from Mille Lacs) gave me. I guess being from a small town has its advantages.”

When is it appropriate to start playing Christmas music on the radio?