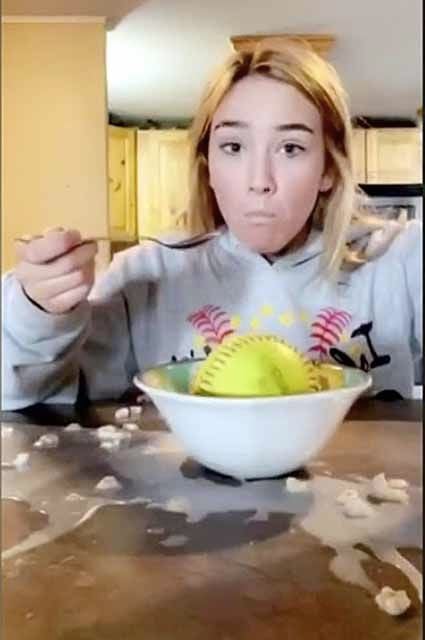 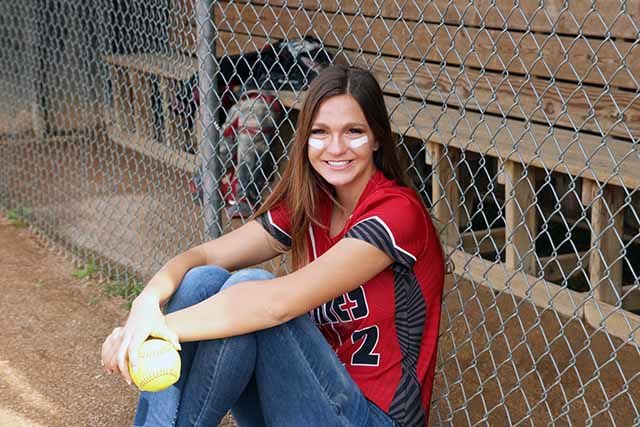 As senior athletes are awaiting to see if their last season of sports will come to fruition should the COVID-19 shelter-in-place order be lifted in early May, they cope and express themselves in different ways.

Last week, the Isle High School Girls Softball Team released an interactive, yet socially-distanced video of themselves and their coaches appearing to throw a softball from one person to another. The video even grabbed the attention of KARE 11 and aired on April 15.

And on a more personal level, two senior athletes share their thoughts on the loss of their season so far during the pandemic.

Since ninth grade, McKellen Bearheart, a senior golfer, has been a two to three sport athlete, and sports has always helped him connect socially with his friends and also improve his grades. So disappointment set in like it did with many of the other senior athletes at the prospect of missing their last of lasts.

“This being my senior year, I wanted to show what I was working for all off season. Unfortunately I cannot or may not be able to,” he said.

To keep his golf skills fresh, Bearheart has been working on chipping and putting outside or hitting on a simulator and/or into a net, he said.

Emily Miller, a senior softball player, said she felt torn and saddened by the thought of the possibility of not being able to play her senior year with her team, the year she was looking forward to the most.

Though she was disappointed, this didn’t stop her from preparing for the season. “Once I found out the season was postponed, I texted Coach Remer and asked for some materials to keep me playing ball throughout quarantine,” she said. “I’ve been batting everyday and hitting some dingers. I just hope I get the chance to do it in a game.”

When or if Miller gets to reunite with her team, she said she has been busy outside doing random activities much more than usual and Facetiming her friends to keep in touch with them. “School has been going good, other than trying to adapt to my other siblings in the house with me,” said Miller. “I am used to a quiet house for my school work, and now there are people everywhere.”

Miller committed to playing softball for the Concordia College Cobbers last fall, so the lack of a season won’t affect that. But she said the quarantine has helped her push herself even more to prepare for this fall. “But, even with knowing my softball career is not over, it does not make this process any easier for me,” she said.

“Although I know for myself and my other senior, Carly, we are hoping for our last memories together and with our teammates, hoping we will get our proper final goodbye of high school sports,” added Miller.