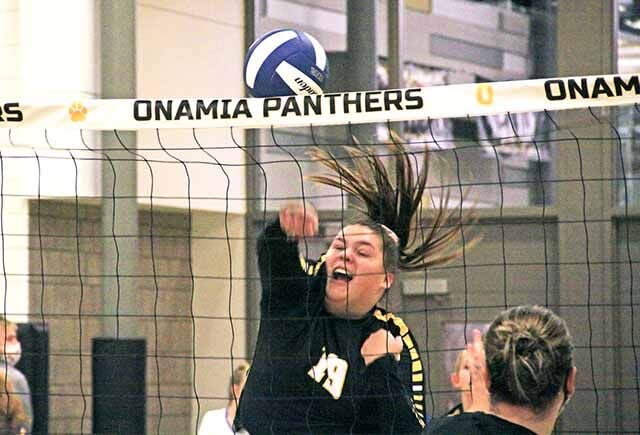 Tough at the net 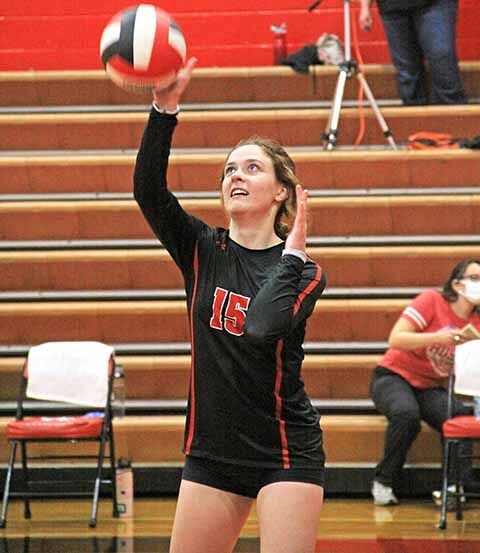 Megan VanBuskirk is one of four seniors who are leading the Isle Huskies volleyball team in 2020.

Tough at the net

Megan VanBuskirk is one of four seniors who are leading the Isle Huskies volleyball team in 2020.

The Onamia Panthers volleyball team brought their overall record to 3-1 with a win over Isle High last week.

The Panthers were scheduled to play Isle home and away, but the second match was canceled due to harsh, winter weather.

Because of the Minnesota State High School League rule about only allowing two volleyball matches per week during the regular season this year, the missed match might have to be made up on Friday, Nov. 20, during a period of the season where the MSHSL allows three matches in a week.

Then this word came down on the weekend of Oct. 24 concerning the immediate future of Onamia sports: all sports, including football and volleyball, would be suspended for an indefinite amount of time due to the school moving to distance learning caused by the fact that Mille Lacs County reached the threshold of over 31 Covid-19 cases per 10,000 people. Because of that threshold, the school district chose to move to a new learning model. In the case of Onamia High, the new model has full distance learning for students grades 6-12 — meaning students will be working from home every day, Monday thru Friday.

This change also affects the sports schedule at OHS. According to athletic director Jason Leonard, all scheduled athletic events, including volleyball and football will be suspended indefinitely.

The Onamia Panthers volleyball team made a strong statement against the visiting Isle Huskies on Oct. 20, beating their cross-county rivals in three straight sets by scores of 25-7, 25-10 and 25-4.

Tied 2-2 in set one, the Panthers went on an 8-0 run off the serve of Ashley Strang, which included four aces. Onamia never looked back. The home team recorded nine kills and 11 aces in the first game.

Onamia had 10 kills and four aces in set two, with four of Isle’s 10 points coming free on Panther service errors.

Onamia went up 13-1 in the third set, on a run of 7-0, including two aces off the serve of Roxann Emerson, followed by a 6-0 run off the serve of MaKayla Balder, which also included two aces.

Onamia finished the match out-killing Isle, 29-5, and recorded 23 aces to none by the Huskies.

Isle was led in kills by Tommi Spengler with two.