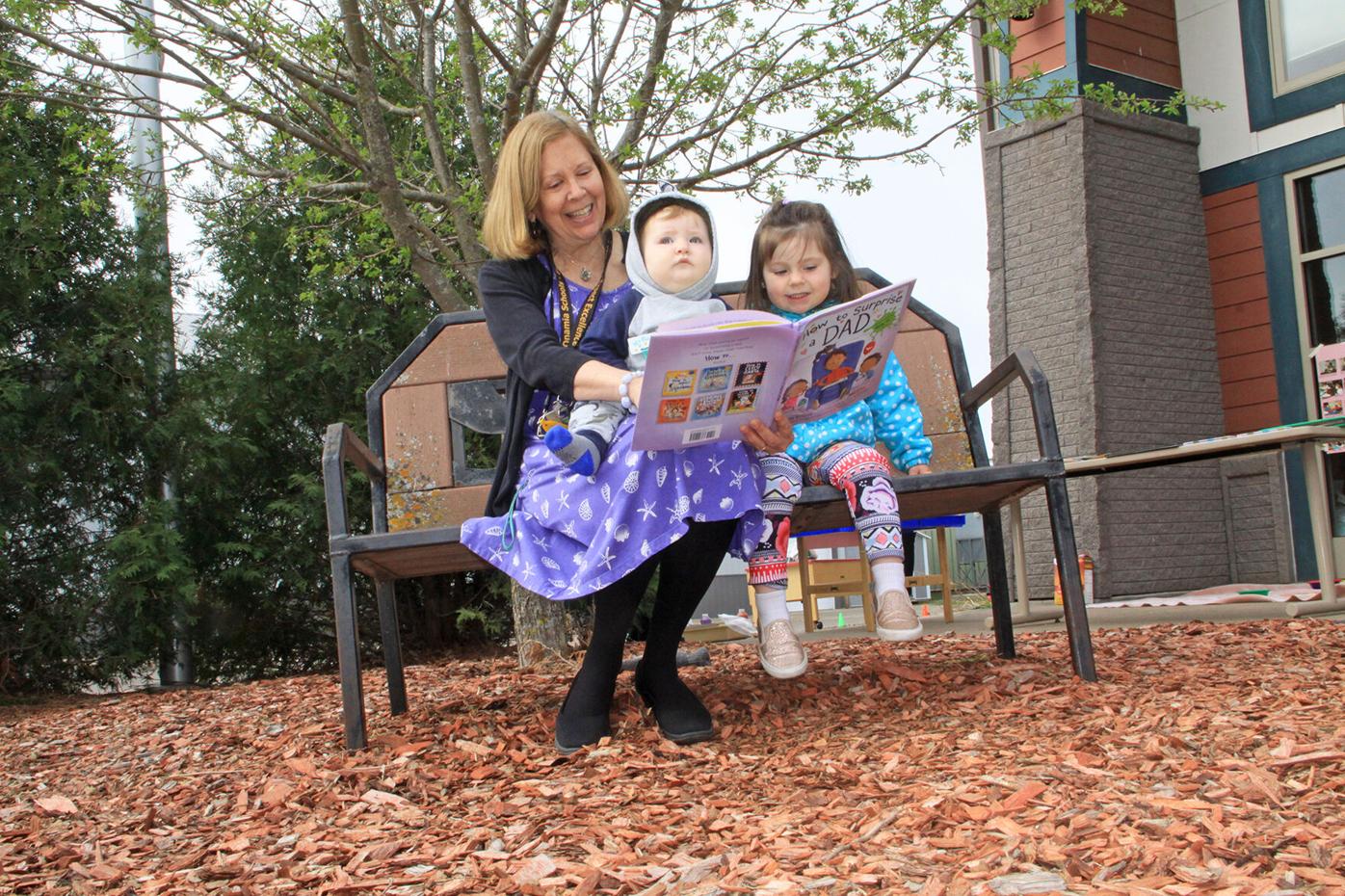 The local mentor to many

Susan Bracken’s early childhood learning program has provided hundreds of pre-school youngsters instruction and social skills over the past 38 years. 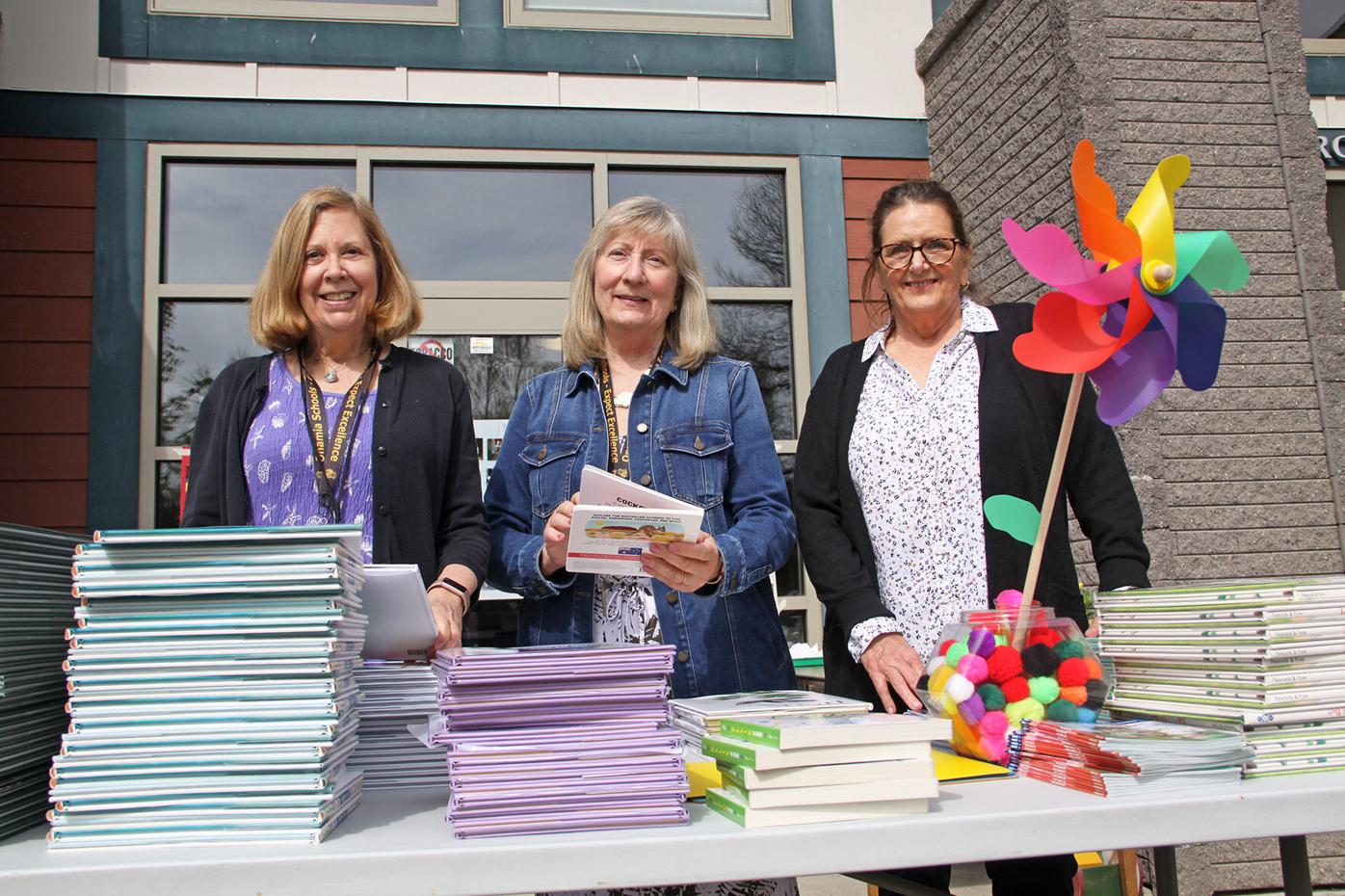 Retirement on the horizon

Early childhood educators Susan Bracken, along with longtime aides Pat Estrem and Wendy Ness (above), are retiring this year with a total of 83 years of service to Mille Lacs area children.

The local mentor to many

Susan Bracken’s early childhood learning program has provided hundreds of pre-school youngsters instruction and social skills over the past 38 years.

Retirement on the horizon

Early childhood educators Susan Bracken, along with longtime aides Pat Estrem and Wendy Ness (above), are retiring this year with a total of 83 years of service to Mille Lacs area children.

Not every prominent resident of a community will have a building or street dedicated in their name, but some say at least one Onamia citizen ought to be in the running for some sort of special recognition.

That special someone is Susan Bracken.

Ask any of the nearly 4,000 grandparents, parents, guardians and young children who’ve witnessed first-hand the work Susan and her staff has done with developing area early childhood education over the past four decades, and, to the person, they can only speak in superlatives.

Take for instance, Morgan LaSalle of rural Onamia. In recent years, she has accompanied her youngster to classes generated by Bracken and her teaching team, and said this about her experience: “When I started going to ECFE (Early Childhood Family Education) I was new to the area and Susan was so helpful and welcoming. I looked forward to our weekly class with my then six-month old daughter. I continued attending these classes for the following years because of Susan’s warmth and genuine care for my daughter and her classmates. I will always be grateful for the early childhood programs in Onamia.”

Since 1983, Susan Bracken has been responsible for helping develop one of the most vibrant early childhood education programs in mid-Minnesota, and her system is a model for such programs statewide.

So, how is it that Susan West, a graduate of White Bear Lake High who went on to earn a bachelors degree in instrumental and choral music education, wound up on the shores of Onamia Lake as Mrs. Tom Bracken, raised four daughters and directed a state-of-the-art early childhood education program?

“Tom and I dated while students at White Bear Lake High School and later in college,” Susan said. “After getting my degree in music, I found a job teaching junior high band while Tom was attending medical school. We married during Tom’s residency and soon I was pregnant with our first child.” And, during that time of Susan’s life, she said she experienced an epiphony of sorts.

Taking maternity leave, the Brackens attended a few parenting classes, and it was there that Susan said she got her first taste of what it might be like to take care of an infant’s needs. Soon after giving birth, Susan Bracken volunteered her time in a program dealing with teenage moms through Lutheran Social Services. “When I saw how these teens gained self-esteem by learning parenting skills and being encouraged by those running the program. I got hooked on this field and I knew that was what I would like to do for a career, if I ever got the chance,” she claimed.

In 1982, Susan followed husband Tom to Onamia where he was to begin his practice as a local physician. The following year, fate stepped in, and Susan Bracken got her chance to work in her newly chosen vocation.

Susan recalled that Onamia had already started a pilot ECFE program but they were about to lose their director. “A friend of mine who worked with the program encouraged me to take over as the program director, she said. Mrs. Bracken applied for and got that position.

Susan’s vision for her new program, unlike the home-visiting model going on at Onamia at the time, was patterned after what she had experienced working in the Twin Cities where they offered classes for parents along with their young children. So, initially, Susan’s program was aimed at inviting parents, guardians and their youngsters, to attend classes in parenting at facilities provided by the Onamia School District.

Because this was not considered pre-K, funding for staffing the program was not forthcoming from the District. “Early on, we had to find our own funding, but we got such fine help from people like John Holbrook who was the Onamia Community Ed. Coordinator, and helped us get grants and other sources of income,” Susan said.

“From the start, my philosophy for this program was to “make each person feel better when they left our classes than they did when they arrived, and that parents and children are loved here,” Susan said.

And, that in a nutshell is what has transpired over the four decades under Bracken’s leadership: helping to develop healthy family life hoping to lead to the building of strong communities in the lakes area.

“I can’t reach everyone in our state, but I can affect the community where I live, and that is what I strived to do over the years,” Bracken said.

On average, around 100 parents and children per year have taken advantage of this special educational opportunity through the Onamia School District. And, after nearly forty years of service to the community, at least two generations have passed through the ECFE program.

“It is truly a treat to see parents today that were once infants in our program, enrolling their children with us,” Susan said.

At the end of this school year, Susan Bracken plans to retire her position as director of the local chapter of ECFE, the program she created 38 years ago.

“I know there is nothing magic about being over 60 years old with regard to retiring, but I just think it might be the right time to move on,” she said. “I know it sounds a bit cliche, but I would like to spend more time with my grandchildren and I do have other interests I’d like to pursue.”

Bracken will be retiring, along with several of her loyal ECFE team, including two special women, Wendy Ness and Pat Estrem, both with over twenty years of service to their worthy cause of helping teach parents to parent and helping young children in their critical growth years.

“It truly was and still is a team effort,” Susan claims. “Every fellow teacher and aide has been a treasure to be sure, and now we will be handing this program, which we are so proud of, over to the Onamia School District with hopes they will continue this important part of our area’s educational development.”

“When we moved to Onamia 24 years ago, two of our children attended ECFE classes. Through the years, I assisted with and supported their events and later became part of the ECFE Advisory Council. This multiple-award-winning early childhood program was superbly organized, well run and well-attended. This program deserves many more accolades than it ever received. Susan and her staff deserve lots of credit. The Onamia school community will miss these ladies immensely.” Colleen Kightlinger, Onamia

“Susan Bracken was instrumental in bringing the ECFE program from a home visiting model to a center based program seving young children and their parents. She and her staff have supported two generations of parents in their child’s development. Young parents, particularly in rural areas, are often isolated, so the ECFE program was a good venue for parents and their children to socialize and play. Many lifelong freindshps among children and parents were made through this program throughout the years. ECFE was the first step into Onamia’s school system and it was a great big welcoming mat to it’s participants.”  Kathy Martin, Onamia

Do you stand for the National Anthem?