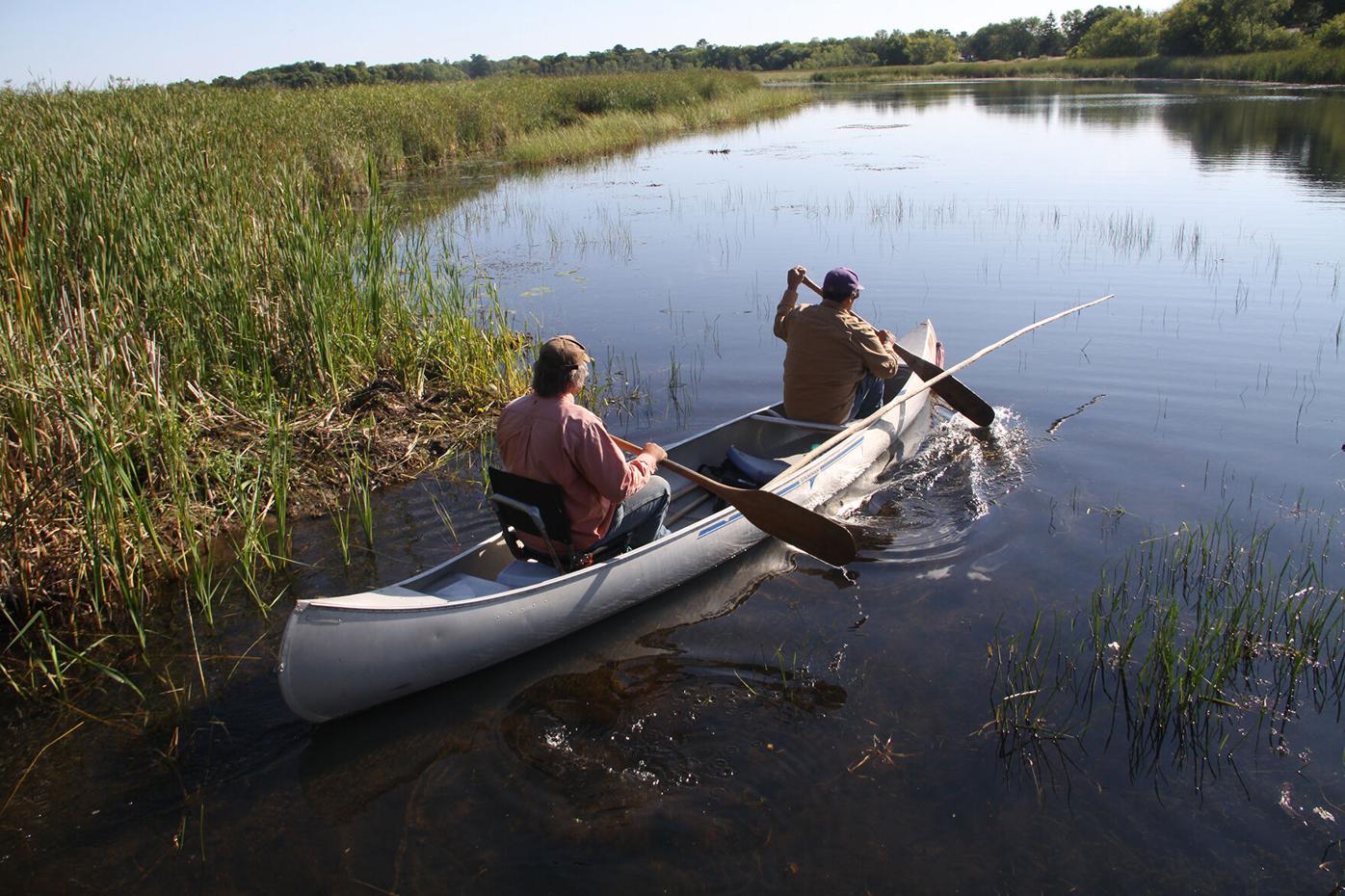 Father and son, with their ricing gear and lunch aboard their canoe were spotted heading out to the giant rice fields of Lake Onamia over the Labor Day weekend. Even though high winds and some weekend rains matted down some of the grain, ricers still found enough to harvest. 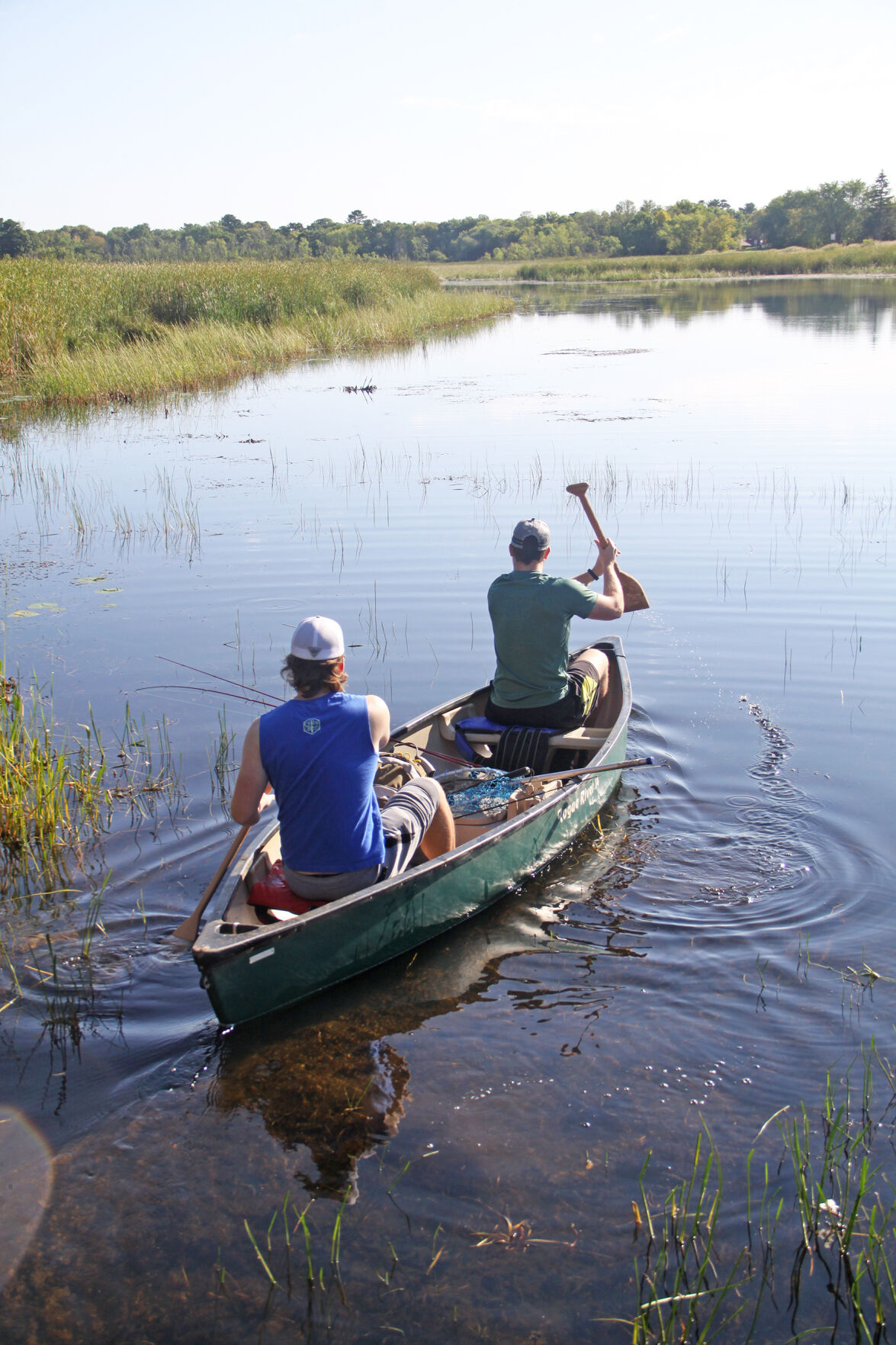 The Strecker boys of Onamia were eager to fish the open water on Lake Onamia  for bass, sunnies and northern pike.

Father and son, with their ricing gear and lunch aboard their canoe were spotted heading out to the giant rice fields of Lake Onamia over the Labor Day weekend. Even though high winds and some weekend rains matted down some of the grain, ricers still found enough to harvest.

The Strecker boys of Onamia were eager to fish the open water on Lake Onamia  for bass, sunnies and northern pike.

Over thirty years ago, Lake Onamia, one of several thousand shallow lakes scattered across Minnesota, was considered by state and local wildlife management organizations as “critical” for waterfowl production, waterfowl migration, along with hunting and ricing opportunities.

With this in mind, those interested in the future of the lake adjacent to the city of Onamia, initiated what was called the “Lake Onamia Project,” a venture designed to help ensure the lake would be a constant supply of habitat conducive to the production of wild rice, which in turn would lure fishers and wildfowl hunters to this body of water.

Among the efforts to transform Lake Onamia into a wildlife refuge of sorts was to remove a concrete dam at the lake’s mouth (some claiming this to be the beginning of the Rum River) and replace it with a rocky spillway with hopes of helping the lake maintain a more consistent water level.

Over the years, controlling the water level as best they could, Lake Onamia did become a haven for the growth of wild rice and in turn attracted yearly flocks of waterfowl in their migration paths south.

Those involved with the lake’s transformation would have been proud during Labor Day weekend, when the lake provided no fewer than three forms of recreation.

Before dawn on Sunday, Sept. 5, a father and son duo headed out through the rice field on Lake Onamia to secure a place in the middle of the pond from which to set their decoys for the annual “Take A Kid Hunting” weekend.

By 8 a.m., the Strecker brothers, Kalvin and Kyle, set their canoe into the water heading out for a relaxing morning of fishing, and soon after, another father-son tandem took their canoe from the public landing headed for the rich rice fields throughout the entire lake.

From the sounds of gunfire that split the air by sun-up, the hunters were doing their thing, and by noon the Strecker boys must have gotten their share of bass and northern pike. And six hours into harvesting wild rice on a pristine pre-fall day, a canoe full to the brim with rice was seen back ashore.

In a few weeks, after the wild rice has been completely harvested and fishing will have taken a break, there will be hundreds of hunters finding their places on Lake Onamia for opening of waterfowl hunting season.

So, indeed, the foresight of the DNR, along with the input of local Ducks Unlimited and other natural resource groups to convert Lake Onamia into a perennial wildlife refuge, seems to have paid off.